Duration of this Trip 8 Days Priced From $3,270 per person 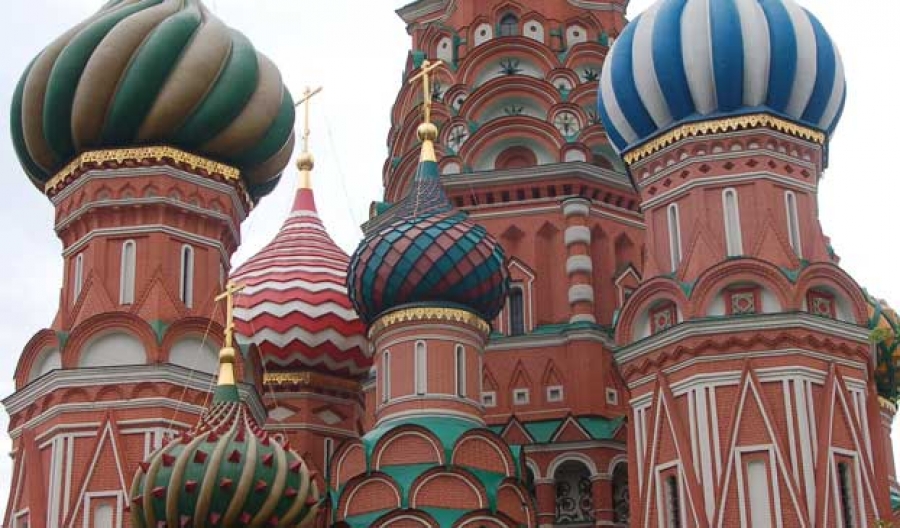 Experience the greatest adventure of your life in Russia. Follow the classic route to Moscow, Novgorod and St. Petersburg for the splendors of the Tsars, the magnificence of Red Square and the Kremlin, the Orthodox Cathedrals and Patriarch's palaces, the historic Bolshoi Ballet, or the Golden Ring of ancient cities around Moscow. Discover the artistry of the painted house or the marvels of the Hermitage, the comfort of warm, potato-filled perogies and the scorch of smooth, chilled vodka.

Arrive in Moscow, the historic capital and most vibrant city of Russia. Moscow is named after the maze-like Moskva River that flows through the city proper. You will be met by your driver and will be transferred to your hotel for accommodation. Dinner

Join your guide for an excursion around Moscow's wondrous sites. Walk across Red Square, where Stalin and Lenin held famous military parades. Step inside St. Basil's Cathedral, built by Ivan the Terrible in the 15th century. It is one of Moscow's most fabulous architectural works, and you can admire its colorful arches and domes from miles away. Take a tour of Russian history, as you explore the Kremlin (12th c.), an ancient fortress constructed in defense against the Mongol Hordes. Visit the World War II Memorial in Vorobyevy Gory (Sparrow Hills) Park. Marvel at the spectacular Cathedral of Christ the Savior, which was restored only a few years ago after it was destroyed under the Communist Regime.

Get ready for more adventuring in Moscow. Head underground as you navigate the Moscow Metro, built by the Soviets as a testament to the greatness of socialism. Taste Muscovy life as you ride the subway in this gigantic underground city, which efficiently transports millions of passengers each day. Afterwards, make your way to the best art collection in the city, Tretyakov Picture Gallery. Be amazed by the stunning works of art that hang in over 130,000 exhibits. In the evening, board the overnight train to St. Petersburg.

Arrive in St. Petersburg, Russia's northern capital, and transfer to your hotel. St. Petersburg was the capital of the Russian Empire, until the Russian Revolution of 1917. It remains Russia's most beautiful and amazing city, with its Venetian canals, glorious palaces, and inviting people. Set out on a panoramic tour of the city: stop at the Peter and Paul Fortress, a tomb for the imperial family; gaze upon the magnificent St. Isaac's Cathedral, with an observation deck that overlooks St. Petersburg; and be entranced by the Church of our Savior on Spilled Blood, built in commemoration of Tsar Alexander II, liberator of the serfs. Later, spend time on your own exploring the many sites of St. Petersburg.

Set off to discover the center of St. Petersburg. Make your way to Palace Square, where you can discover the Winter Palace and the world-famous Hermitage Museum. Inside the tsars' Winter Palace, find The Hermitage, considered to be one of the best museums in the world. Originally Catherine the Great's private collection, The Hermitage holds countless exhibits of art and treasure for you to investigate. Choose to explore the Diamond Room, with a collection of diamonds that will stun you.

Relax on the hour drive to Peterhof, a royal residence on the outskirts of the city of St. Petersburg. Once there, be amazed by the extravagant Summer Palace, with its massive halls and gorgeous architecture. Nearby, tour St. Peter and Paul's Cathedral, an exceptionally beautiful work of art. Sit by the fountain park, which rivals that of Versailles, or stroll through one of the towns many gardens. Return to St. Petersburg.
*A boat ride is an alternative option during the summer.

Drive to the town of Pushkin, also known as Tsarskoye Selo (Tsars' Village). This beautiful estate was a gift from Peter the Great to his wife, Catherine I. Fall in love with Catherine's Palace's blue walls and golden domes. Inside, explore the mysteries of the Amber Room, which was constructed from almost three tons of pure amber. Visit the Lyceum, where Pushkin studied. Enjoy the tour at the Annunciation Church, founded by Catherine I in 1724. Return to St. Petersburg.

Transfer to the airport. Departure