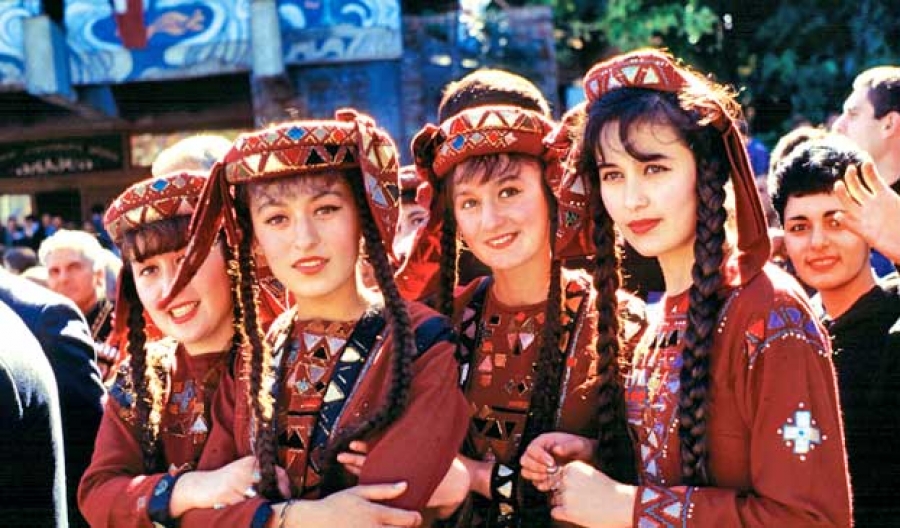 The Caucasus countries of Georgia, Armenia, and Azerbaijan hold unique enchantments for travelers to discover. Thousands of years of history beckon from this bridge between Europe and Asia, nestled between Russia, Turkey and the Black and Caspian Seas. Relatively untraveled, visitors will find adventure like it used to be with fabulous food, warm hospitality and amazing cultural diversity. Hike up to lone monasteries in Armenia, take a moonlight swim in the Black Sea, taste unforgettable Georgian wine and dance under the minarets of Azerbaijan. It's a land of forgotten wilderness, ancient cities, and traditions from the beginnings of Christianity and Islam, Circassia and the Ottoman Empire. Experience the most incredible adventure in your life in the Caucasus!

Arrival at Baku Heydar Aliyev Airport. Welcome to the Land of Fire! You will be met by our guide and driver for transfer to your hotel. Freshen up and start your exploration of the fascinating inner city of medieval Baku - the Icheri Sheher .Visit the Shirvanshah Palace, the Maiden Tower - Baku's landmark, the Friday Mosque, and a colorful caravansary – the wayside "hotel" of Silk Road merchants and their caravans. In the afternoon, learn the stories and legends of the region's Zoroastrian past at Atashgah "House of Fire" temple and museum, and Yanar Dag, the burning mountain. This city by the sea mixes the ancient with the modern, its three Flame Tower skyscrapers rise above the old city and reflect in the waters of the bay.

We'll drive to nearby Gobustan to admire 40,000 year old rock paintings at the open air UNESCO Heritage Site and visit the archaeological museum. Set in the Greater Caucasus Mountains this outstanding cultural heritage site includes the remains of inhabited caves and ancient settlements. On our return to Baku there will be time to enjoy the many boutiques, cafes and shops at Fountain Square and learn more about your local Azeri hosts.

Depart for the Caucasus Mountains in northwest Azerbaijan. The dry landscape gives way to a densely forested mountain area. En route we'll visit the distinctive lunar landscape of the mud volcanoes, the 15c. Diri Baba Shrine in Maraza, the Yeddi Gumbez Tomb and the Juma Mosque in Shemakha. Continue to Sheki where we overnight in Sheki.

Shekhi has always been a mercantile and crafts center. Visit the colorful bazaar and the summer palace of the royal Sheki Khans with its magnificent frescoes and stained glass. Tour the Sheki Museum and Fortress. Depart for the Georgia border and meet with your Georgian guide and driver. We drive to charming Signagi for accommodation. We'll learn about wine,  vineyards, orchards, bee hives and carpentry shops and studios. Help bake Georgian bread, shoti, in a tone; a round brick oven - so delicious, hot and fresh! Explore museum, sites and Church and on to a winery for a tour and tasting of aromatic Georgian wines. Overnight at a lovely boutique hotel, center of Kakheti province, the largest wine producing region in Georgia.

Explore fortified town of Sighnaghi, with its quaint cobbled streets and wooden architecture, and lovely views down to the Alazani Valley. Then we travel to the magnificent Alaverdi Cathedral and monastery complex is our first stop and then the old and new Shuamta churches. We'll visit a village wine cellar managed by local grape growers, and tour the 19th century estate of Duke Chavchavadze with its beautiful garden and house-museum. We try Tsinandali wine and stop at another winery.

This morning we travel to local wine cellars to taste homemade wines and see how the locals it. We'll taste and learn the process for making Churchkhela, a sweet Georgian wine. En route to Tbilisi we stop at Bodbe Nunnery, which houses the tomb of St. Nino who converted Georgia to Christianity as early as 337 AD. After visiting the local history museum and another local wine cellar, we drive to Tbilisi for dinner at a local restaurant and overnight.

Tblisi is a lovely city along the steep banks of the Mtkvari River with the Narikala Fortress rising above the old city. This morning we'll walk Tbilisi's narrow streets in the old town with straddles the Kura River. We'll learn about the city's history through its mix of religious and secular architecture; a variety of churches, synagogues and mosques, picturesque 19th century houses with multi-colored wooden balconies and even a subtle hint of Persian design, Visit the therapeutic sulfur baths which impressed such celebrity visitors as Pushkin, Lermontov, and Dumas. Later we visit the State History Museum, the Sameba (Trinity) Cathedral and the extraordinary Dry Bridge art and flea market. Dinner at a local restaurant.

Sightseeing morning drive to the ancient capital and religious center of Georgia: charming, 3,000-year old Mtskheta. Among the historical gems we will explore are the 6th century Jvari Church complex on the top of a hill,  and fabulous 11th century Svetitskhoveli Cathedral where the Robe of Christ is buried. Both are UNESCO World Heritage Sites.

Today we travel up the famous Georgian Military Highway which leads to the Georgian-Russian border. On the way we visit the 17th century Ananuri architectural complex of churches and fortress overlooking the Zhinvali Water Reservoir. The breathtaking drive through the high Caucasus Mountains and along the Tergi River brings us to Kazbegi (now named Stepandsminda), the main town in the region overlooked by snow-capped Mnt Kazbeg. There we board a 4-wheel drive vehicle for the trip up through alpine landscapes of verdant valleys and snowy summits to the 14th c. Gergeti Trinity Church at 7,119 ft. Weather permitting you may see of one of the highest glaciers in The Caucasus which rests at 16,558ft. We return to Tbilisi via Kazbegi for dinner.

Scenic Drive to  Georgia-Armenia border to change our guide and vehicle for Armenia. Explore the most ancient sites and monasteries on the way to you hotel.Accommodation in Dzoraget

Today we'll explore a variety of Armenian cultural heritage sites on our drive to the capital region. We'll first stop at the Alphabet Park where giant stone letters of the Armenian alphabet stand alongside a statue of Mkhitar Gosh, the Armenian scholar. On the southern slopes of Mount Aragats, the medieval fortress of Amberd features an 11th century church known for its splendid dome. Next we tour the 13th century Saghmosavank monastic complex perched atop a precipitous gorge above the Kasagh River. In the Armavir region, the heart of the Bronze age, we'll visit the Metsamor Historical-Archeological Site and Museum. We'll continue to Echmiadzin, the spiritual center of the Armenian Apostolic Church. Conical spires rise here against the backdrop of the most fertile valley in Armenia and the crest of Mount Ararat. We'll visit the UNESCO World Heritage cathedral here. The main entrance is intricately carved, the interior walls and domes painted with geometric shapes and the treasury holds an incredible collection of Christian relics. On the grounds can be found beautiful khachkars, or carved stone crosses. We'll make our way to Yerevan for dinner and overnight. Don't forget to try the Ararat brandy!

Yerevan, the capital of Armenia, is one of the world's oldest continually inhabited cities dating back to the creation of the Erebuni Fortress on the site in 782 BC. Its chock full of parks, monuments, museums and cafe life! After a brief city tour we'll head to the Kotayk region to visit Geghard Monastery partially hewn from the mountainside and active during the 4th to 13th centuries. Legend has it that the lance which pierced Christ's side was kept here until it was moved to Echmiadzin. This spectacular place, included in the UNESCO World Heritage List, boasts history going back to pagan times. The acoustics of the rock-cut halls offer an excellent opportunity for church singers to try their voices. We proceed to Garni, a pagan temple from 77 AD, called the Temple of Sun, and dedicated to the heathen god Mithra. Reminiscent of the Parthenon in design, we will tour the ramparts, the ruins of the palace complex, a bathhouse and a fifth century round church. In Yerevan its time for our farewell dinner and overnight at the hotel.

Transfer to the airport for departure home. We hope your trip to the Caucasus will inspire your next adventure!

Central Asia Tour: In the Footsteps of Marco Polo

Central Asia Tour: In the Footsteps of Marco Polo 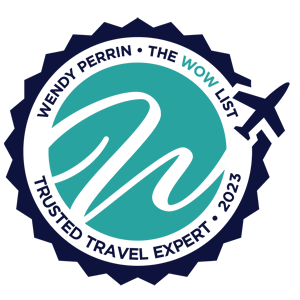