Dining in the Caucasus 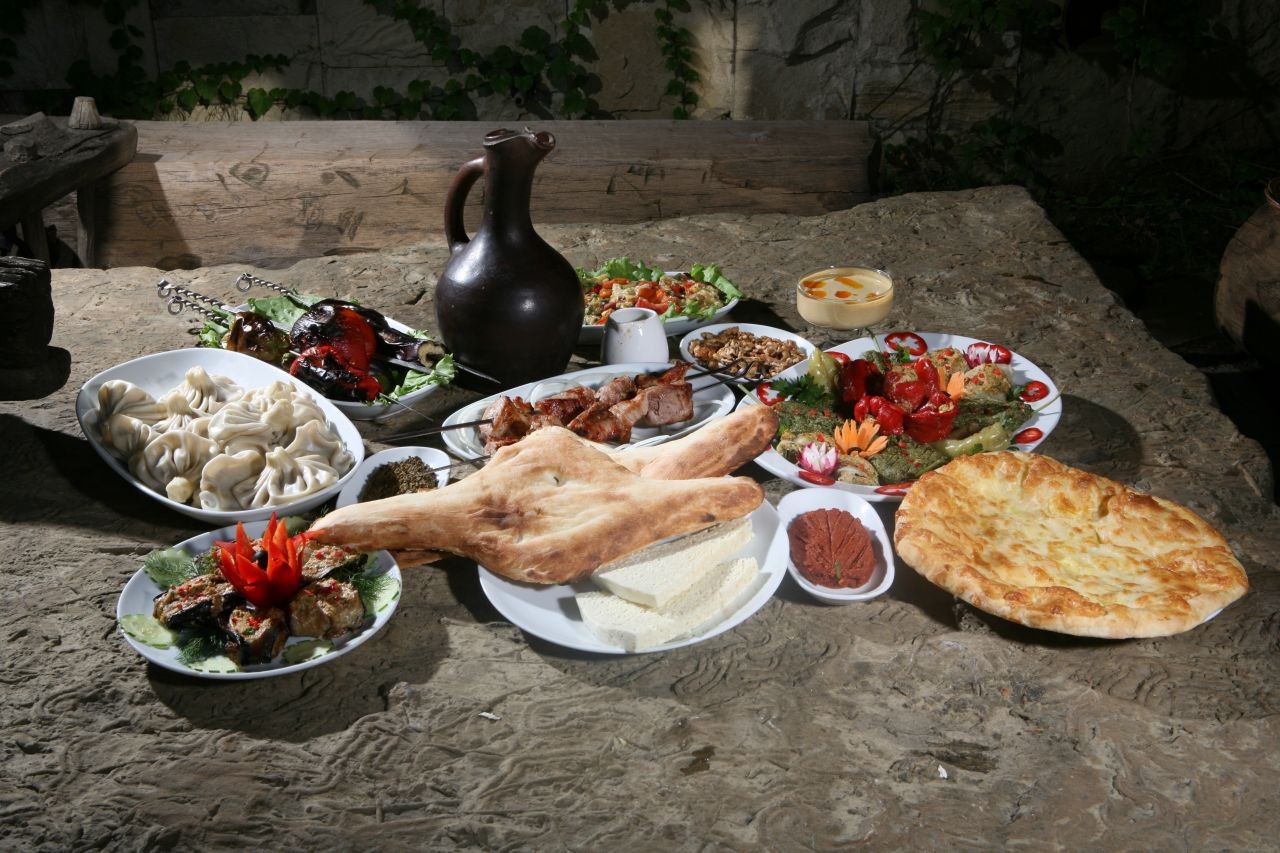 No matter where you are dining in the Caucasus, certain things are going to be consistent: fresh, local ingredients and vivid flavors. These are age-old cuisines and the classic dishes are second to none.  Here are a few highlights – and recipes!

When you travel in Armenia you will frequently see a brazier going on the side of the road, a signal that kabobs (shashlik) are being grilled at a nearby establishment, or home. Kabobs are ubiquitous, and whether it is chicken, beef or lamb, it will be family farm raised. Other staples of the Armenian table are yogurts both thick and kefir-like, and white cheeses served with fresh herbs and crèpe-thin lavish bread. Stuffed tomatoes, peppers and of course, grape leaves are typical main and side courses. Fruits both ripe and dried add sweet/tart flavors (particularly the famous Armenian apricot). Although a plethora of aromatic spices, usually associated with Indian food is used, this is not a spicy-hot cuisine.

Here’s a recipe for stuffed grape leaves.  It’s time consuming, but a great team project, with results that always get raves—you’ll be spoiled for any other kind.

Eat, Pray, Love --in the Caucasus! 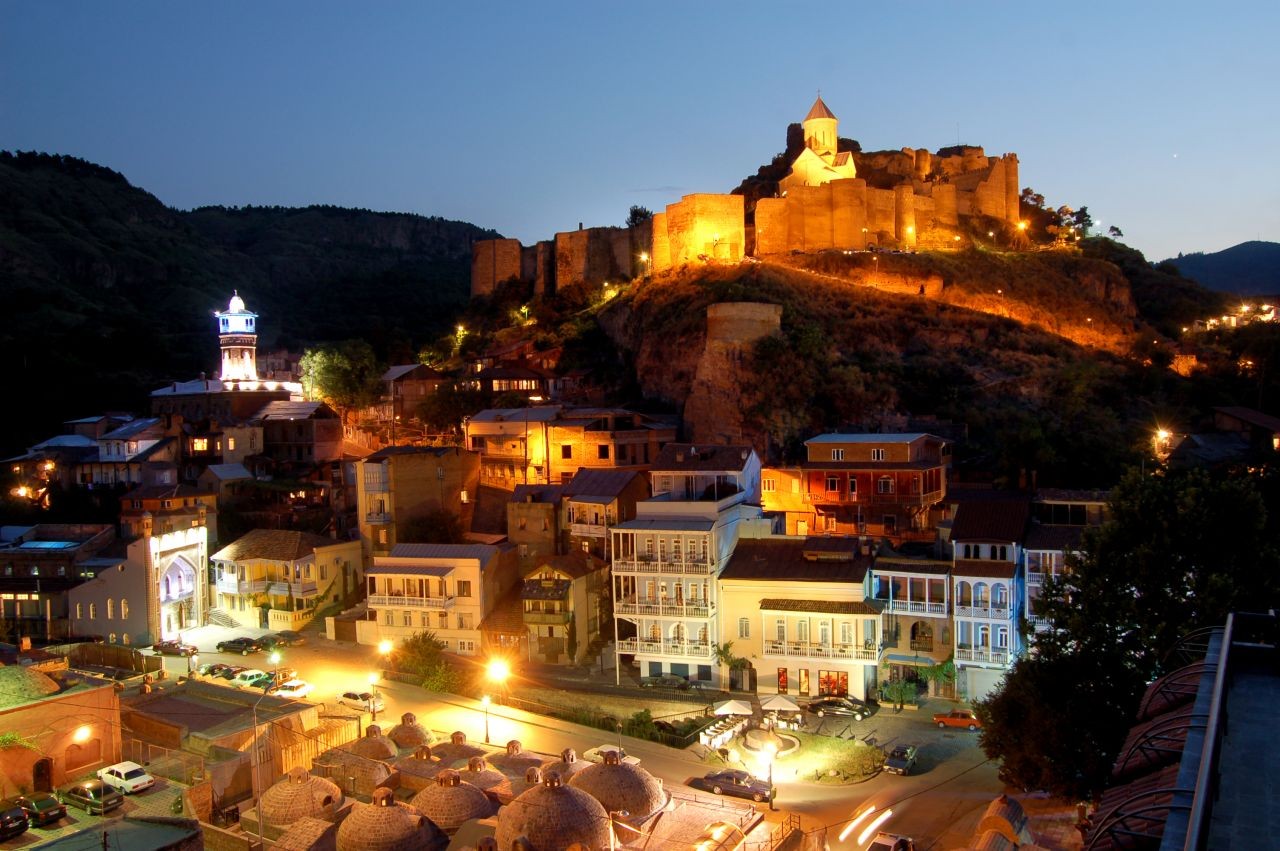 Here’s a surprise: If any one region on earth personifies the phrase “eat, pray, love” it is the Caucasus! Here’s why.

EAT: If you are a dedicated foodie you will be “over the moon” in the Caucasus; there is a sophisticated cuisine that has benefited from the Turkish and Persian empires surrounding it.  Fresh salads, the use of herbs and spices, fruits and nuts, makes for a delicious and healthful diet.  No wonder the area is famous for its long-lived people.  Add to this a seven thousand year old wine-making tradition in Georgia, famous mineral water and a world-class cognac produced in Armenia, delightful fruit beverages and modern wineries in Azerbaijan, (and of course, the Russian contribution of vodka) and you will want for nothing at the table.

PRAY: There is a mix of religions in the Caucasus.  In Azerbaijan, you will find more influence of the Persian Empire, with traces of Zoroastrian culture under the predominant Islamic faith. Due to a contemporary, cosmopolitan outlook (helped along by its rich deposits of oil) in Azerbaijan, Islam has a devout but tolerant following.
Meanwhile, Armenia was the earliest nation to establish a Christian Church of its own, in 301 AD, and Georgia followed in its conversion to Christianity in 327 AD. That makes them two of the earliest converts in the world, and the outpouring of energy to the creation of places of worship is astounding. From the magnificent churches carved out of living rock in Armenia, to the mountaintop religious aeries of Georgia, the sheer impact of spiritual commitment channeled into beauty is enough to move anyone, of any religion. The presence of synagogues in urban areas is also a testament to tolerance.

Silk and Spice Festival is held in my home city Bukhara 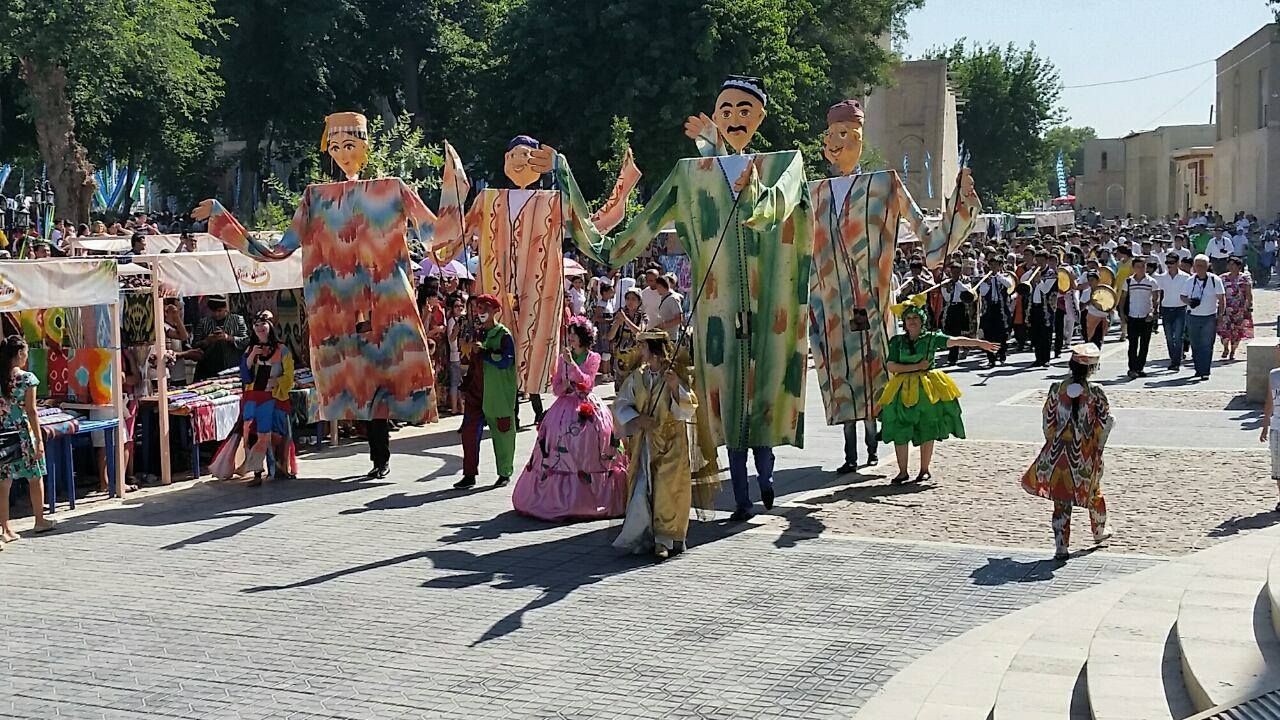 The Silk and Spice Festival is held in my home city Bukhara, Uzbekistan each year in May.

Ancient Bukhara is known as one of the most peaceful historic destinations in Uzbekistan. Intricate tile work on mosques and minarets glitter in the morning sun, shaded chaikhanas with comfy divans await a leisurely chat and fresh tea, and the stalls and shops of traditional craftsmen and artisans from throughout the  Silk Road countries are tucked behind the adobe walls of the old city which glow warmly in the desert sunset.

Yet once a year tradition breaks free and explodes across the city!