The Ceremony of Uzbekistan Sallabandon 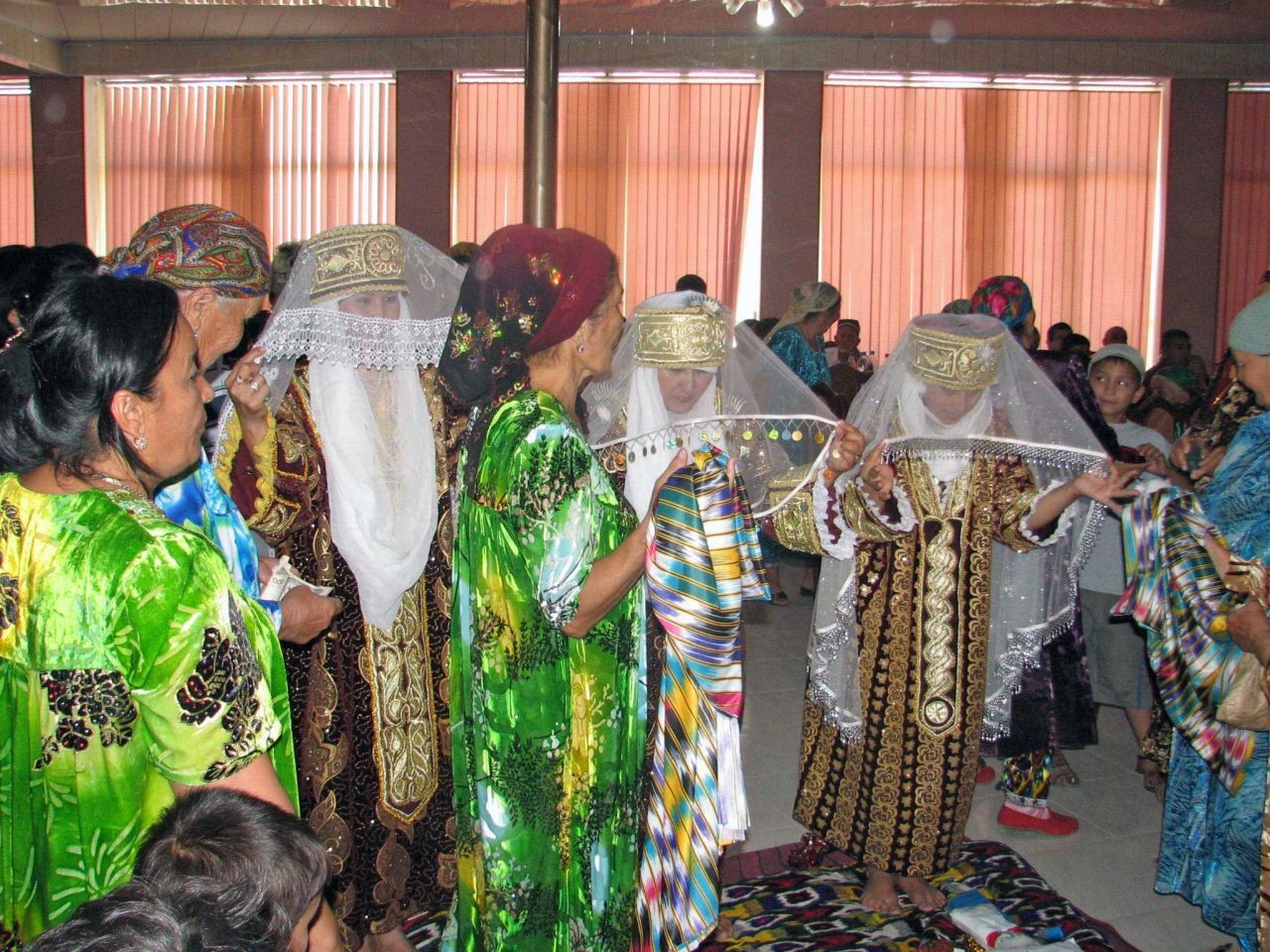 The traditions and customs of the Uzbek people have been shaped by their unique position at the crossroads of the Great Silk Road. The treasures that flowed were not only the ones that can be held in one's hand, but also those that touch the heart and soul. Art, philosophy, science, and religious ideals were exchanged, enriching the cultures of both the travelers and their hosts.

Uzbek culture reflects a beautiful synthesis of these influences, while maintaining its own unique traditions. From the harmony of its architecture to the masterful detail of its applied arts, from the busy, noisy bazaars to the peaceful, laid-back chaikhana, a journey through Uzbekistan is unique and unforgettable.

It will be helpful for travelers to be aware of some of the conventions of Uzbek society. Let's share with you our Sallabandon celebration.

Ritual and tradition connect us all. The people of Bukhara, an ancient oasis city in south-western Uzbekistan, celebrate Sallabandon - literally “tying the turban”. This particular ceremony marks the transition of a woman to motherhood.

The regions of Central Asia have a history almost 3,000 years old and the ceremony of Sallabandon has roots in pre-Islamic Sogdian culture. Sogdiana was an empire of city-states in prominence from the 6th to the 11th centuries throughout what is now Uzbekistan and Tajikistan, in the heart of the Silk Road. Archaeologists at Sogdian sites have found terracotta figurines of a female fertility deity holding a pomegranate and a baby in her hands. Interestingly, they feature a turban-like headdress in the form of a tied scarf. 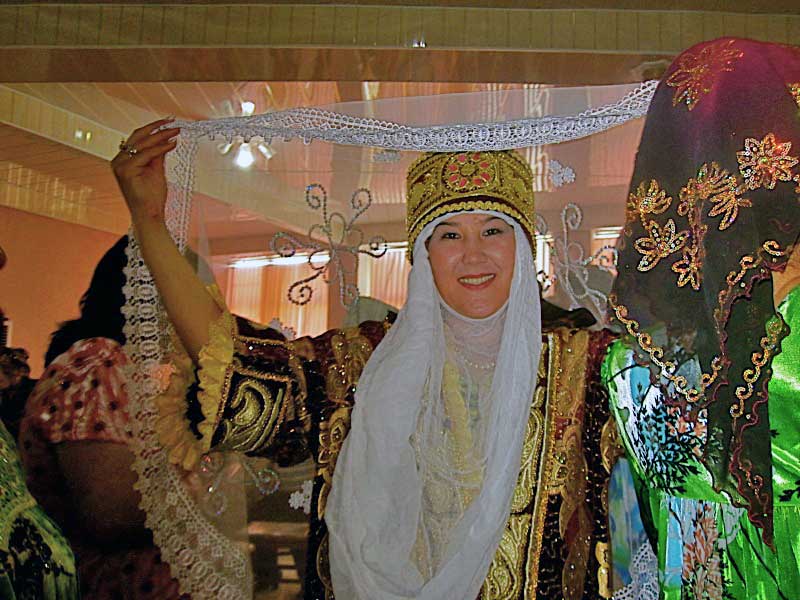 Sallabandon often takes place with other celebrations. It may, for example, occur together with gavorabandon - the occasion of putting a newborn into a cradle for the first time. Russian and European travelers to Bukhara in the early 20th century described the beauty of the local dress and the richness of the jewelry. Women’s clothing in Central Asia retains its traditional sophistication and aesthetic appeal.

On the day of Sallabandon, the young mother wears a splendid kuylak, the traditional tunic-style dress, its front decorated with peshkurta, a gold and silk embroidered band. She uses a kultapushak or gold embroidered headdress with a hair cover, a peshonaband (forehead cover), a large white shawl and a lachak; a white veil. The dressing takes place in the presence of relatives and invited guests. This ritual is performed by a respected senior female family member with many children and grandchildren, usually the grandmother of the young mother. Accompanied by traditional singing, the headdress is placed on the head of the young mother and a length of white fabric is wrapped under her chin and tied on top. The peshonaband is covered by the white shawl symbolizing purity. The young mother then bows to all her guests and relatives and receives their gifts. Her mother and mother in law usually present her with a gold ring, earrings and bracelet, the circle representing the magic of protection from evil. Ceremonial headdresses and costumes are gifts from the mother to her daughter, connecting generations, and bestowing the desire for fertility and protection.

Family values, the importance of children, and the role of mothers as guardians of the house and family, all are brought together in the wonderful Bukharan ritual of sallabandon. We look forward to taking you to our people's homes to participate in such amazing traditional Uzbek celebrations during your travel in Uzbekistan. You may also enjoy to participatate in the Silk and Spice festivals or Navruz festival.

Visit this link for a video of the Uzbekistan Silk festival

Tweet
101 Varieties of Uzbekistan Ikat
Don't give up your Central Asia and Caucasus trave...

More posts from author
Saturday, 12 June 2021 Travel to Uzbekistan in 2021 with purpose! - Connect with the local community, crafts, and cultures.
Monday, 24 May 2021 Post Covid - International Silk and Spice Festival in Bukhara, Uzbekistan 28-30 June 2021
Saturday, 15 May 2021 Sarmishsai Gorge addition to your Post-Covid Uzbekistan family trip.
Comment for this post has been locked by admin.