Architectural Jewels Of My Homeland, Uzbekistan 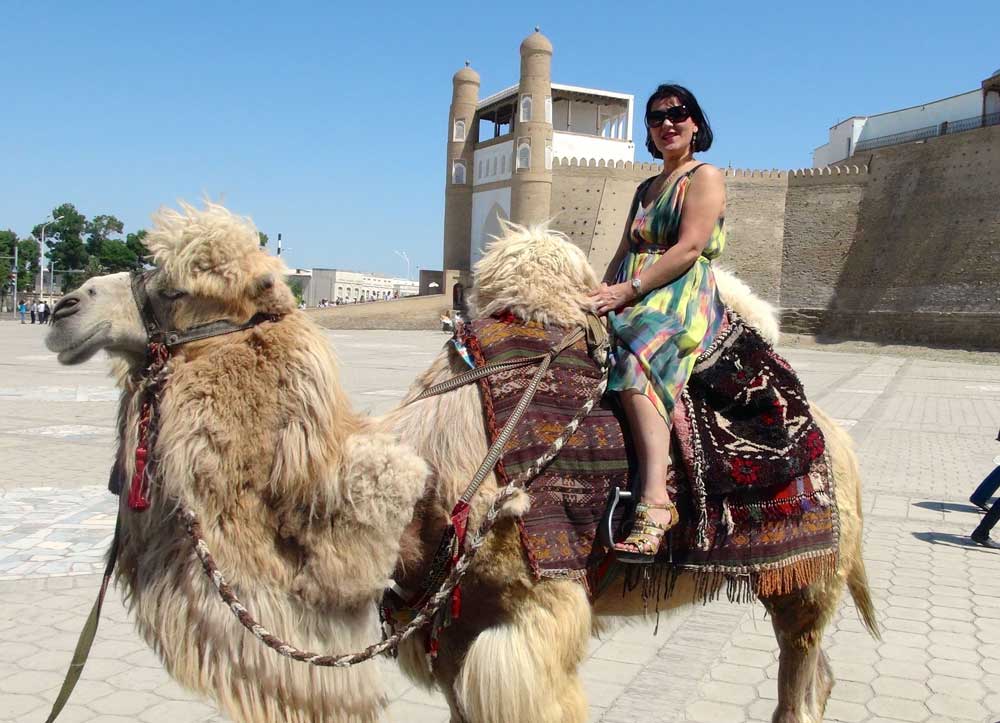 From private homes to major public buildings, the architecture of Uzbekistan reflects its history, and its unique place as a crossroads of cultures. Not surprisingly, Persian Islam is a major influence on the monumental side, but it permeates even into the way homes and villages are structured. In those areas that were under the control of Timur the Great, palaces, mosques, madrassas and domed market complexes were built to demonstrate the political, economic, spiritual and intellectual riches of the empire.
While the largest group of Uzbeks were originally nomadic, most are now settled. When you are travelling through the country by car, all you may see are seemingly endless long walls, but behind those walls are whole neighborhoods. Each home is surrounded by a wall, and inside there is a courtyard (usually with flowers and a grape arbor). Within the home, ceilings are high, rooms are spacious, and sometimes one will see airy outdoor terraces supported by tall, slender columns. This is because traditionally all social gatherings are held within the home, and must accommodate large groups of people. But this particular attractive feature has also been taken up by the newer restaurants and lodging establishments.
Ancient public buildings, on the other hand, are openly visible from most vantage points and are meant to be seen by everyone. Almost all display blue-hued, tiled domes and the large rectangular facades with arched entrances and balconies, leading to gardens and functional interiors. Timur and his successors imported many fine artisans from all corners of the known world to Central Asia to experiment with the tiles that now encrust some of the most impressive madrassas, palaces and mosques. Of particular note, is the tile work within the Shakhi Zinda, a necropolis not far from the equally magnificent Registan in Samarkand. As you walk amongst the various mausoleums you will see not just the usual brilliant turquoise and teal colors typical of Uzbekistan, but unusual glazes, notably majolica! (You will also see a departure from strictly geometric Islamic art in the Registan, where animals and faces are depicted along with flowering motifs.)
Another Uzbek architectural characteristic is the "flat-topped" minaret. Unlike the tapering spires we generally associate with these prayer towers, the Uzbek minaret is usually 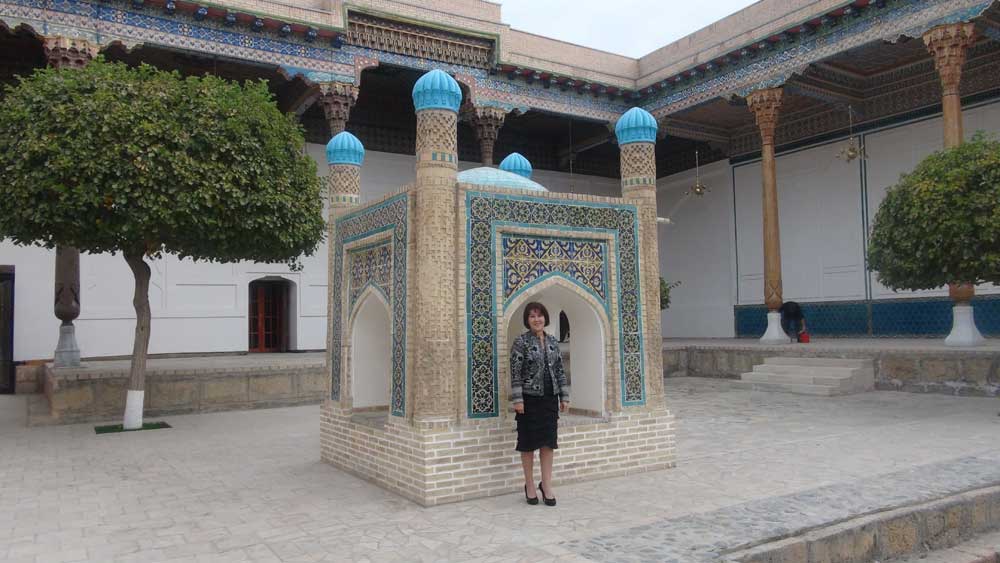 shaped more like a lighthouse. As a matter of fact, the Kalon Mosque's minaret was actually known as a lighthouse that guided caravans to Bukhara during the heyday of the Silk Road.
Trees are not plentiful in Central Asia, and so the primary building material has been baked brick. An aerial view of any older city will reveal a plethora of walls, rooftops, courtyards and domes all made of these warmly colored bricks, giving the panorama at sunset a marvelously cohesive feel. The Magoki Attori Mosque in Bukhara, which still stands on the same site due to a history of destruction and rebuilding, is a fine example of terra cotta architecture. Although only parts of its original structure still exist (it was a temple to the Zoroastrian religion before it was a mosque) it has been added to and restored over the ages. The trading domes of Bukhara (also of brick) are amazing not just for the fascinating range of fine crafts for sale there, but for a design that provides shade and coolness on even the hottest days. Look up into the vaulted ceilings, and marvel at the ingenious construction.
Although as mentioned, trees are not plentiful, they are still used for supporting columns and decoratively hand-carved doorways. For the most impressive display of wooden columns you will likely ever see, visit the Djuma Mosque in Khiva. The interior is a veritable forest of ornately carved columns, and no two are alike. The symmetry and sense of quiet makes it a place that encourages meditation and tranquility.