Uzbekistan is one of the most fascinating destinations for thousands of years of culture, history and hospitality. We recently had the pleasure of working with Condé Nast Traveler writer Daphne Beal and photographer Felix Odell. Ms. Daphne's  amazing article and Felix's stunning photos of Uzbekistan in Conde Nast Traveler Magazine's December issue are  available now!

Thank you Condé Nast Traveler for the opportunity.  We highly recommend our visitors to read this  article to learn more about the exciting travel experiences offered in Uzbekistan by Silk Road Treasure Tours. Make sure to include Uzbekistan and Central Asia on your Adventure Bucket List!  or read the full Condé Nast  article using the button below..

We are looking forward to working with you on your Uzbekistan Silk Road Travels.

Rahmat - Thank you – to everyone who has contributed to our success!

Here at Silk Road Treasure Tours, we’re over-the-moon excited for Zulya Rajabova  to be named a Condé Nast Top Travel Specialist for Central Asia  once again, and Zulya knows her business. A native of Uzbekistan, she has been at the forefront of travel here since before Independence in the region opened the doors to western visitors. She specializes in seamless travel to Central Asia, and to destinations along the ancient Silk Road and the surrounding regions. Her clients are well-traveled, and knowledgeable, with keen interests in the unique experiences found there. Silk Road Treasure Tours creates iconic itineraries; organizing, preparing and providing clients with extraordinary travel experiences. We have the experience and skills to create fabulous niche and luxury journeys along with our classic itineraries offering custom trips for family, celebrations, photography, food and wine, textiles and handicrafts, or academic, business and industry. Our insider knowledge let’s us tap regional specialists throughout Central Asia and the Caucasus. Read more ... 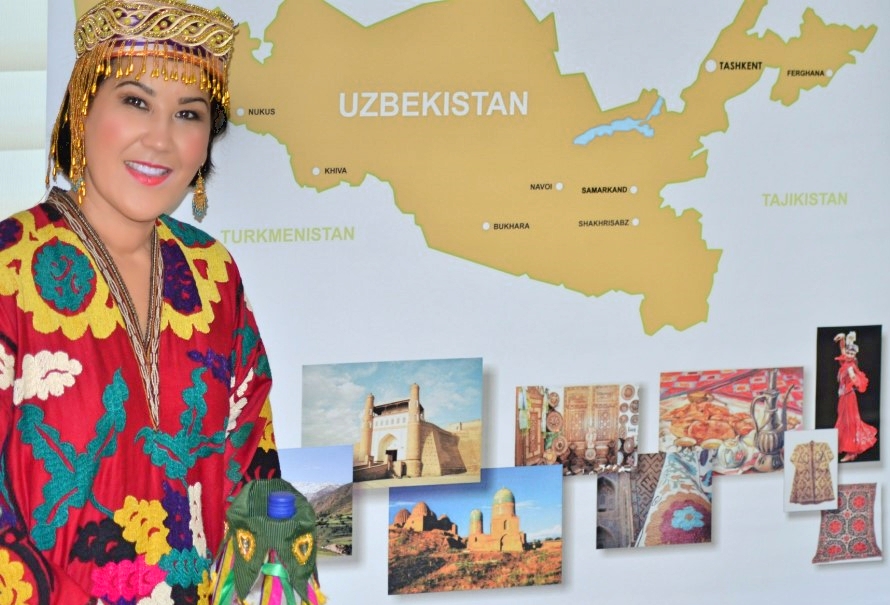 Newly elected President Shavkat Mirziyoyev is encouraging tourism to Uzbekistan by easing visa restrictions for travelers from 27 countries.* Uzbekistan boasts thousands of years of civilization, the legendary cities of Tashkent, Samarkand, Bukhara, Shakhrisabz and Khiva, and a tradition of hospitality unmatched anywhere in the world! Come and see what the excitement is all about. For custom itineraries and seamless travel, Silk Road Treasure Tours will take you there. Read more ...

With the diversity of cultures, natural beauty and exclusivity, visitors to The Caucasus enjoyed an immersive experience

Chester, NJ, November 1, 2016 – Renowned travel expert Zulya Rajabova has quietly taken the industry by storm. Starting with tours to her home country of Uzbekistan, she has fostered relationships to create remarkable experiences for her clients for the past 20 years.
One of her favorite destinations is known as The Caucasus. Bordering Europe and Asia and nestled between the Black and Caspian Sea, it is home to the richest cultures on the planet as well as Europe's highest mountain, Mount Elbrus, 5,642 metres (18,510 ft).
With the diversity of cultures, natural beauty and exclusivity, visitors to The Caucasus have enjoyed the immersive experiences that Ms. Rajabova provides. Along the ancient trade route of the Silk Road, historical sites, traditional farmers markets, wool making and local cuisine are all experienced along the way. There is truly something for every type of traveler.
What also sets Silk Road Treasure Tours apart is Zulya’s amazing attention to detail and customer service. Her personal approach to each and every tour has created a loyal following, but it’s more than that for her. Read more ... 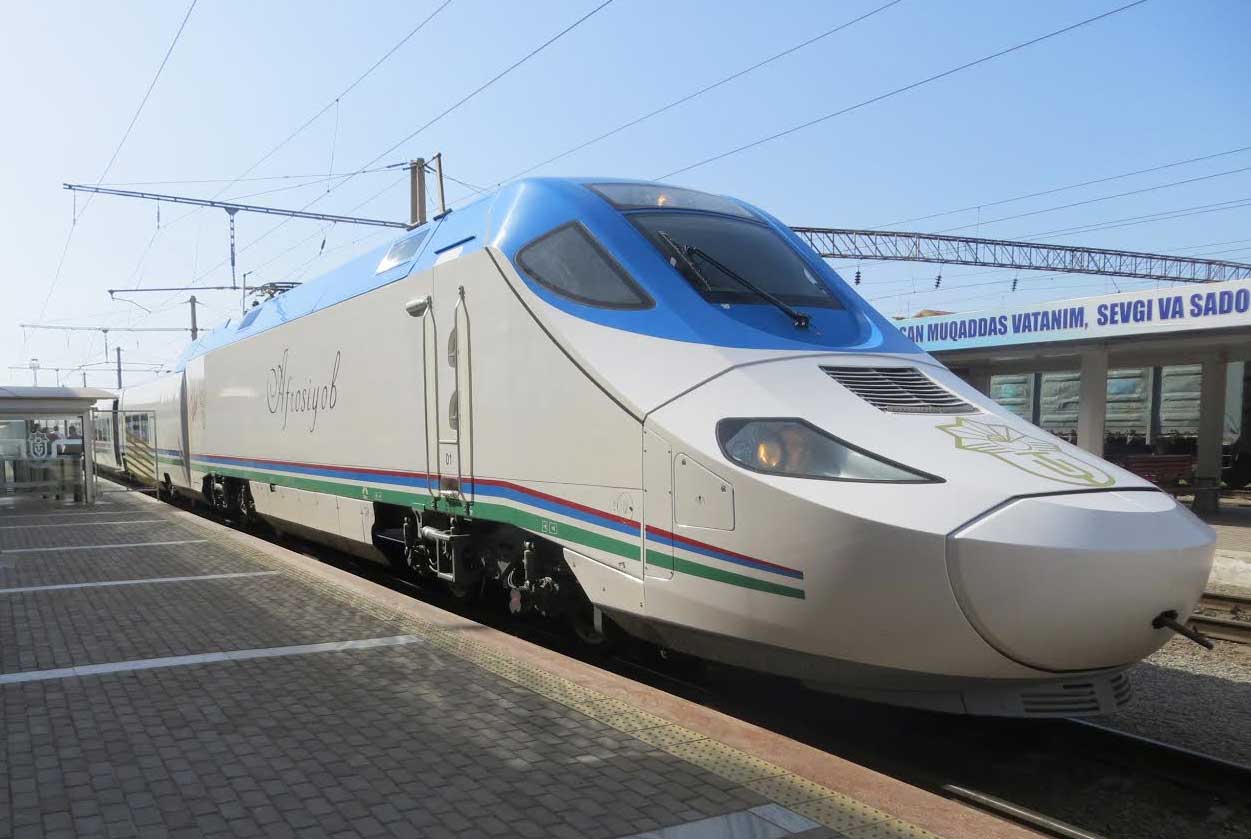 For a small country, the distances between the major cities are long! Silk Road Treasure Tours is thrilled to announce that Uzbekistan Railways has a new high speed rail route connecting the capital city of Tashkent with ancient Bukhara and Samarkand. Beginning mid September, 2016 the Afrasiyob runs an extended route daily: Tashkent - Samarkand - Bukhara -Tashkent, allowing for easy, comfortable access to these fabulous Silk Road destinations, all within a 4-hour timeframe!

Tashkent to Andijan (Kokand and Marghilan)

Another convenient train route between the capital of Tashkent and Andijan in the south-east of the beautiful Fergana Valley of Uzbekistan train has begun daily service. With economy, business and VIP class carriages, the 6 hour trip has stops in the ancient Silk Road cities of Kokand and Marghilan along the way. Now you can see more of this fabulous country and its 3,000 years of history on your trip of a lifetime with Silk Road Treasure Tours!

A new international airport has been launched in the capital of Turkmenistan, Ashgabad. The airport, with its beautiful flying falcon shape, now has 3 terminals: passenger, cargo and VIP. With 1200 square hectares and sweeping modern design, it was awarded a Guinness Book of Records certificate for the largest architectural image (705 meters square) of a traditional carpet pattern which decorates the roof of the passenger terminal.

Here at Silk Road Treasure Tours we are very excited that our travelers taking the Georgia Silk Road can continue their trip to China with China Southern Airlines.

Other Recent News from Central Asia and Caucasus

On 17 July 2016, during the World Heritage Committee’s 40th session in Istanbul, Turkey, 13 sites within 7 reserves were listed, as the Western Tien-Shan was inscribed on UNESCO’s World Heritage List to protect its biodiversity. This trans-national range covers areas in Uzbekistan, Kazakhstan and Kyrgyzstan, places which form the backdrop to many of our most popular tours.

Silk Road Treasure Tours has been taking travelers to Uzbekistan’s Ugam-Chatkal National Park since 2008. Located just 2 hours from Tashkent, this is one of the most spectacular landscapes just added to the UNESCO list.

The new Biltmore Hotel has officially opened in Tbilisi, the capital of Georgia, in the historic city center. Formerly the Soviet era Institute of Marx, Engels, and Lenin the main building has been incorporated into the glass and steel geometric skyscraper. With  214 luxury rooms and suites, free high-speed wireless Internet, and luxury amenities your stay in fabulous Georgia is complete with beautiful views over the city. 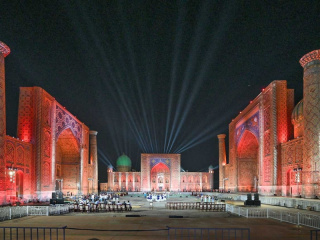 We are excited to announce our new Uzbekistan Family Tour! Thank you, Tim Baker for the great photos!  10-Day Silk Road Discovery Offers Myriad Experiences A desert camel ride under the stars in the...

We had a unique opportunity to exhibit at the three-day Central Eurasian Studies Society’s conference at the George Washington University on October 10-13, 2019  We have been working with professors and...

We made the front cover! Recommend Magazine - the cutting edge resource for travel experts- highlighted our Treasures of Armenia tour in October. Writer Carla Hunt and her group explored Armenia with our “perfectly...

The SILK ROAD is Headed Your Way! 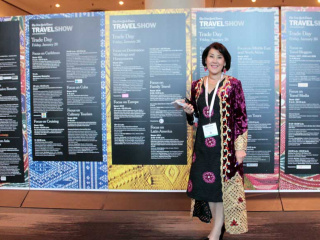 Silk Road Treasure Tours is going coast to coast for the 2019 Travel Shows! These whirlwind travel trade shows offer the opportunity to globetrot over 500 countries on a single weekend with...

Our Uzbekistan Tour is featured at Condé Nast Traveler magazine 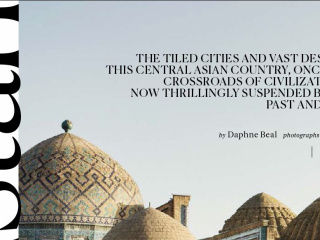 Uzbekistan is one of the most fascinating destinations for thousands of years of culture, history and hospitality. We recently had the pleasure of working with Condé Nast Traveler writer Daphne Beal and... 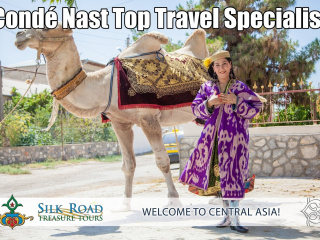 Rahmat - Thank you – to everyone who has contributed to our success! Here at Silk Road Treasure Tours, we’re over-the-moon excited for Zulya Rajabova  to be named a Condé Nast... 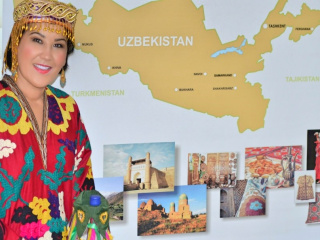 Newly elected President Shavkat Mirziyoyev is encouraging tourism to Uzbekistan by easing visa restrictions for travelers from 27 countries.* Uzbekistan boasts thousands of years of civilization, the legendary cities of...

The Traditions and History of the Caucasus Come Alive in the Silk Road With the diversity of cultures, natural beauty and exclusivity, visitors to The Caucasus enjoyed an immersive experience Chester, NJ...